With Trump it is becoming more and more impossible to determine whether his incompetence simply mirrors his followers or if he is actually an evil genius at exploiting his low information voters.

One of the most obvious of these was his whole pitch to coal country, in Pennsylvania and Ohio.

I used to live in Coal Country in Southern Illinois. The Bogus Diagnosis at the time was “As soon as we repeal the Clean Air Act, we will get our high paying mining jobs back.” However, every quarter the local paper would post the coal production figures, and every quarter they went up.

Here is the relevant lines from a rather lengthy report:

Or to put it more bluntly here is a summary of the report, “Since 1900, technological developments in the coal mining industry have dramatically increased miner productivity; thus, while U.S. coal production is currently at a record high, mining employment is a fraction of what it was during the heyday of coal mining in the 1910’s and 20’s.”

So, coal mining jobs are being eaten up, not by the Clean Air Act or the global climate change agreement, but simply by mechanization. Here is a chart of historical coal production in the US: 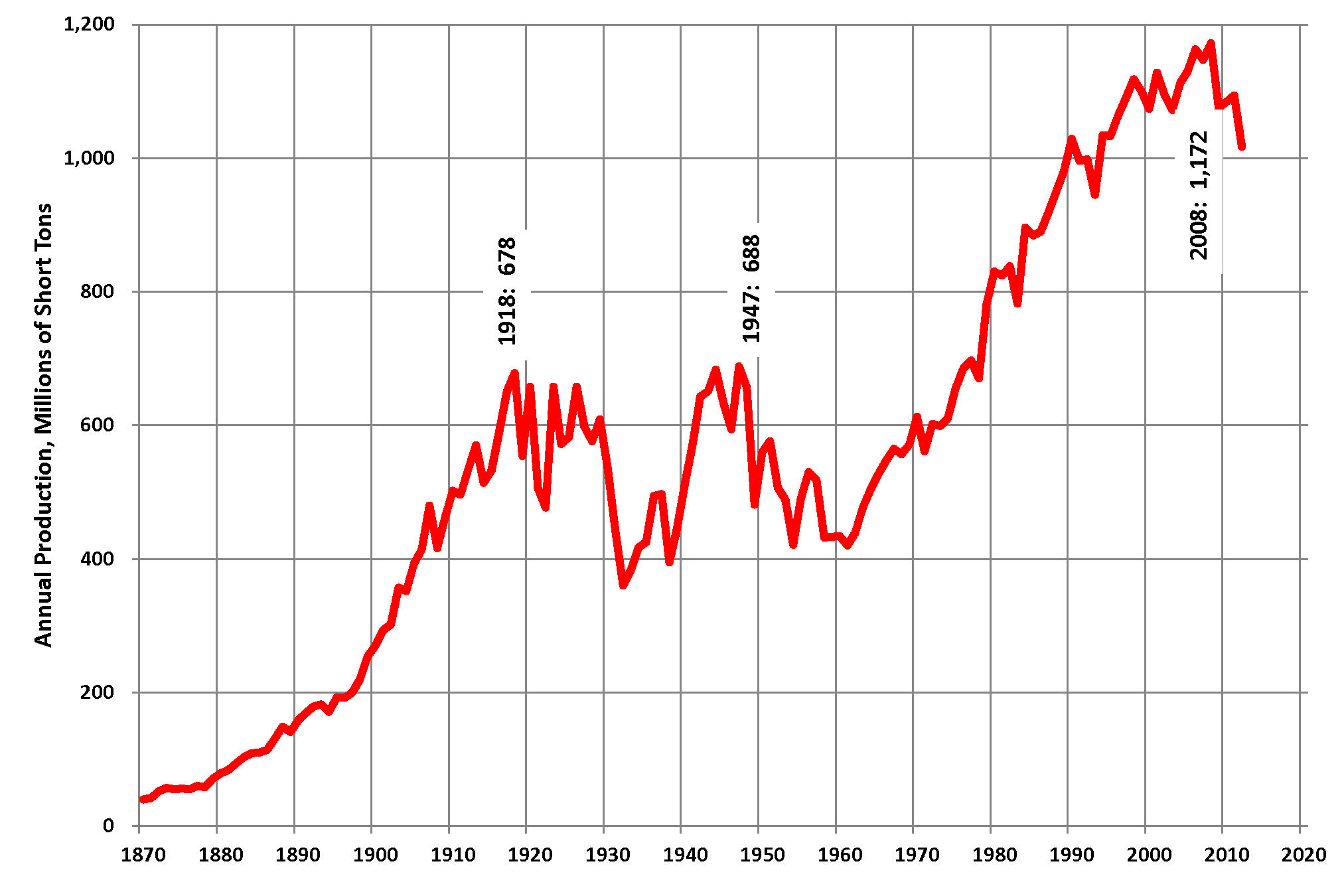 As you can see, there wasn’t even a pause for the Clean Air Act. That was bogus diagnosis from some earlier demagogue. But wait, you say, “look at the drop off at the end, that must be climate change legislation!”

That is the effect of cheap natural gas as a result of the fracking boom. Here is another chart:

Simple, natural gas got cheaper (and it is easier to deal with) electric utilities switched over. Just like homeowners did in the 50s. Know anyone who still has a coal furnace? So, coal is simply the victim of market forces, not some mass government conspiracy.

And now Trump says he can use the powers of the federal government to change fundamental market forces. Did he talk to the rest of the Republican Party about this? Doesn’t matter, it ain’t gonna happen anyway. No one is going to bring back coal fired plants so that you can pay more for electricity and utilities can make lower profits.

The only question now is, will the people in coal country ever realize they have been lied to again?

Update: Politico is saying basically this same thing in an article published today.