When did it become “okay” to be a racist? I think the date is around 15 June 2015. That was when Donald J. Trump declared his intention to run for President of the United States with his now iconic speech in which he put down Mexican people, saying “When Mexico sends its people, they’re not sending their best. They’re not sending you. They’re not sending you. They’re sending people that have lots of problems, and they’re bringing those problems with us. They’re bringing drugs. They’re bringing crime. They’re rapists. And some, I assume, are good people.” Somehow, at that moment in time, at the point where he said it and Americans cheered rather than jeered, it became “okay” to be a racist and to speak with a forked tongue.

During the little over a year since Trump’s official candidacy announcement, he has yet to give a speech whereby he doesn’t mock or put down some group of people: Muslims, Hispanics, women, Asians, disabled people, and the list goes on. And because Donald Trump can stand in front of a crowd of hundreds and spew his racist, bigoted hate-filled speech with little or no consequence, all those closet-racists who have been biting their tongues are now coming out of the woodwork in droves, turning our nation into one where there is no courtesy, no respect, and no tolerance for others. It is this very attitude that has made it seem “okay” to some that a man running for the U.S. Congress puts up billboards urging citizens to “make America white again.” It is the attitude that has given rise to discrimination in venues across the nation, from workplaces to schools, from state governments to churches. 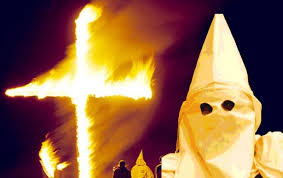 Am I blaming Trump for “Making America Racist Again”?

No, obviously we never actually got past racism to start with. Trump is merely the catalyst that has brought it back out into the open, stirring the dual pots of fear and hatred in the process. Trump did not create racism and hatred, he simply told Americans that it is “okay” to speak out loudly against those who are different, who are non-Caucasian, who are non-Christian, who are disabled or female or transgender or homosexual. He merely gave the green light, the thumbs-up, to those who had been stifling their racism and other phobias under the guise of being ‘politically correct’. 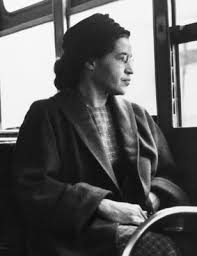 Those who would allow Donald J. Trump to define this nation are not those with whom I have any common ground. I have made numerous excuses for his supporters, some of whom I call ‘friends’, including they are sleeping, they do not bother to study the issues, they are caught up in the moment and will raise their heads out of the sandpit eventually, or they are simply not hearing the message through all the noise. I am rather done with that, however, as I now believe that these individuals, whether they will admit it or not, never truly moved on from the days of Jim Crow laws, of lynchings, of cross-burnings and murders by the Klan, of strict segregation. They never came to understand that their white skin, their European ancestry, and their Christianity does not make them superior, but that their attitudes make them, in fact, inferior. Attitudes which might have lain fallow for decades longer had not Donald Trump told them that it was “okay” to be a racist. No, my friends, it is NOT okay. It never was and it never will be.